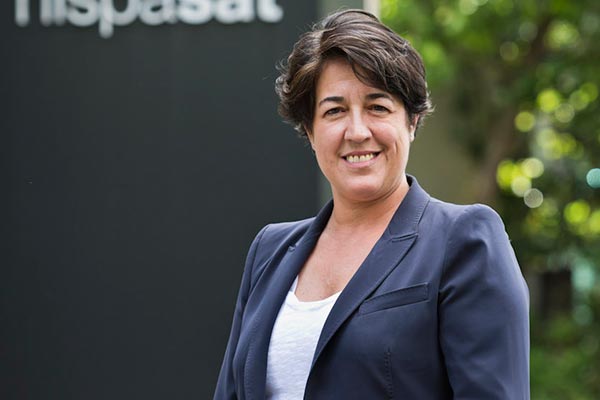 How can we promote the use of ICTs? What is the priority?

Plummeting prices caused by successive innovations facilitate access to the web. Compared to other countries in Europe, Spain is above average and we have to make progress. The idea is to be able to facilitate access in remote areas. Then there is the possibility of generating services related to ICTs. What needs to be done? There’s the issue of training human resources: we are lacking when it comes to digital skills. Training and education are fundamental. Moreover, we now maintain the same relations as we always have in a virtual environment, developing services using the web to connect people and companies. We still have a long way to go in these two spheres. The other aspect—the European aspect— which is fundamental for Spain, is that we need to be able to participate in a European digital market of five hundred million users in which we would take on a new and different dimension.

Are we capable of producing a European Google?

There is a huge difference in focus. In the United States, one can do anything that isn’t actually prohibited, and some people even do things that are prohibited and end up changing the panorama. In Europe, where the regulatory system has a very clear weight, we can only do what is permitted. This ultimately restricts companies’ capacity to undertake risky projects. We have such an excess of regulations that it is easier for a Spaniard to create a Google in the United States than in Europe. It isn’t that we’re not capable of doing it. But we have to see where the trade-offs would be, the balance between security, privacy, confidentiality, and development. The idea of a digital single market proposed by the European Commission is an ambitious challenge, but it will be necessary to eradicate certain regulations from the top down. If not, it will be very difficult to implement.

Substantial investment on the part of the Pentagon lies behind the iPhone, for example.

Through its investment in basic industry in all of these research processes with a view to leading the field, the United States is generating a substantial number of patents and processes that are clearly disseminated in these environments. I would cite the example of France, which took a strategic decision within Europe. Having had a marginal role in the modern world wars after Napoleon, France took a clear decision with regard to the defense industry. That and the space industry have generated a whole plethora of inventions. I would persevere with an initiative that is currently bearing fruit: providing a physical location for influential innovation centers in our country or in Europe as a market. This is happening in Barcelona and it can happen in Madrid with the Google center.

What does Hispasat contribute?

Hispasat is a public initiative from twenty-five years back that has worked to have a presence in the world. A set of elements were chosen that allowed us to position ourselves when coming out of the shadows. We opted for AVE, the high-speed rail. It was—and continues to be—a key aspect of modernity. And we also opted not so much to enter the space race as for Spain to have a satellite system of its own that would also encompass defense coverage. That was important. Although the satellites are manufactured abroad, whether in the United States or France, they do incorporate Spanish processes and technologies. Now emerging economies are starting to do something that we did twenty-five years ago. Space activity now takes place more in the commercial and communications spheres, and we facilitate and provide the network for these ICTs.