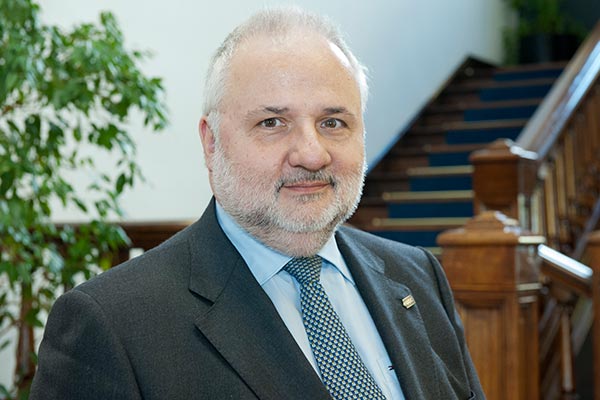 Rector of the Open University of Catalonia (UOC)

“Online education is a tsunami that is going to hit higher education, and we need to be prepared”

Does Spain need an education strategy that improves the amount of professionals it produces?

Spain produces good professionals. Universities serve a purpose and they do it quite well. The problem isn’t Spanish talent and how people are trained here; rather, there is a structural problem due to the type of legislation that we have in Spain, as well as the type of government, which is legalistic, regulatory, and centralist. If you want to be a centralist, then you need to be French because that works for France. But that means applying it to everything: you have to be French about everything for it to work. Since we are not as rigorous in our tax policy as the French, centralism doesn’t work for us. It isn’t a good system for university staff to be civil servants or that there is an academic degree governed by the law concerning Spanish civil service. The civil service structure is good for other things but it does not boost research or creativity in the university system.

There are very few big universities in the world that deal with all spheres of knowledge and are good at everything. There’s Harvard, Oxford, and Cambridge, and now the French are focusing on creating a big university complex in Paris. That does not mean that Spain shouldn’t have local universities. Universities are good for their area. But we need for those local universities that contribute so much to their area to specialize and become a space for excellence in a particular sphere. Tarragona has done a very good job of this. They’ve got the petrochemicals industry on their doorstep and are a benchmark in chemistry, polymers, engineering, and fluid mechanics. But I expect they aren’t as good at other things that are not of interest in the region.

How can ICTs change the way we learn?

The UOC was created in 1995 with an Act passed by the Parliament of Catalonia, and began work with a pilot group of two hundred students in September 1995. The World Wide Web was created in 1993, and that’s why UOC got straight onto the Internet. Today, everyone can use ICTs and the whole world is doing training online. This means that the same thing that has happened in the economy is going to happen in education: it’s going to become global now, and it will become impossible to protect the education system. While there are civil servants and it is compulsory to have a degree in order to be a civil servant in Spain we will be able to protect the education system. But as soon as a student gets a master’s from Johns Hopkins in biomedical engineering, for a pharmaceuticals company that qualification is going to be much more highly valued than what they can achieve here. Online education is a tsunami that is going to hit higher education, and we need to be prepared.

How should training centers evolve?

Professions will most likely not last a lifetime, and if they do, there will be methods or techniques that will change, so people will need to train throughout their lives. Readaptation to new technologies and methods will be essential, and this is a capacity that universities should have and cultivate. The information available on the Internet is enormous, and students need someone to guide them through it. And that might be the new role of the university professor.